Prowein is celebrated in Dusseldorf between March 18 and 20.

Faustino & Eneko, one of the wines that will be presented at Prowein to the professional public.

The new image of Bodegas Campillo presented at Prowein. 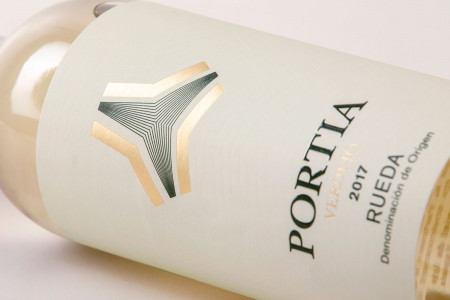 Prowein, the most important international wine fair, is being held in Dusseldorf again this year between the 18th and 20th of March after last year’s edition broke all records for participation. With more than 16,600 exhibitors from 60 countries and 58,500 visitors in 2017, the fair has consolidated itself as an attractive showcase where wineries can display their latest products.

Grupo Faustino will have its own stand measuring 70 square metres in Hall 10 (stand G57) with its 9 brands from 5 different DOs. As Francisco Honrubida, CEO of Grupo Faustino explains, “we have been coming to this important fair for several years now, as you would expect for a group like ours which has great international reach. Exports account for around 60% of our turnover, and not only with Faustino, our most famous brand worldwide, but also the rest of our wineries in other wine-growing regions. Spanish wine has an important share of the world market and it is growing constantly”.

The latest news from Bodegas Faustino

Bodegas Faustino, the best-known of the group’s brands around the world, present in over 100 countries, will be unveiling 3 new wines at Prowein: Faustino Organic, an ecological wine made using only natural methods; Faustino&Eneko, created in collaboration with the chef who possesses four Michelin stars, Eneko Atxa, and a new line, the Faustino Art Collection, a special edition with labels on which famous artists offer their interpretations of the iconic Rembrandt portrait that appears on all the Faustino range.

The first edition of Faustino Art Collection has chosen the celebrated master of colour, the Colombian artist Willy Ramos, who has created his own version of the well-known portrait painted in the 17th century by Rembrandt and which has featured on the labels of Faustino since the creation of the brand, making it an icon recognised worldwide.

Another collaboration, in this case with the famous Basque chef Eneko Atxa, recently awarded his fourth Michelin star, has resulted in a very special wine, Faustino & Eneko, designed by Eneko himself in collaboration with the Faustino’s oenologists to accompany haute-cuisine dining. A collaboration that was first presented in Asia where Eneko Atxa prepared food live at two events in China and one in Japan (in his own restaurant in Tokyo) combining his dishes with his own wine, together with others by Portia. Faustino & Eneko has recently received its first international award, a gold medal at the Berlin Weine Trophy.

Alongside Faustino Organic, the ecological production of Bodegas Faustino, a D.O. Rioja made of tempranillo grapes and created using natural methods, Prowein will debut these new wines to the professional audience and they will soon be presented and available for the general public.

Grupo Faustino will also present the new image for its other two wineries in the Rioja wine region: Bodegas Campillo and Marqués de Vitoria. As Gerardo Alonso, marketing director for Grupo Faustino puts it, “this year, we have been working very hard to create a new image and update all of our brands to give them their own distinct character for a global market defined by diverse and varied demand. Grupo Faustino has several strong brands with the character to meet this demand”.

Besides the changes to the image of its Rioja wineries, the image of Fortius, its brand in the DO Navarra, has also been renovated to associate it with the route to Santiago de Compostela, because it lies directly on the Way of Saint James. The image of the group’s wines from Leganza, in Tierra de Castilla, have also been adapted to appeal to a more feminine market, with wines that fulfil that demand.

To learn more about these and other new developments, visit our stand in Pavilion 10 (stand G57) in Prowein between the 18th and 20th of March.